Taste the Caribbean and Mexico With These 6 Tropical Desserts


Vacationing in the Caribbean or Mexico is all about indulgence. From pristine beaches and luxurious spa treatments to round-the-clock activities and entertainment, let your tropical getaway serve as an opportunity to immerse yourself in a new lifestyle.

Not sure where to start? Once you arrive, visit the nearest restaurant and turn your focus to dessert! The best way to get acquainted with regions across the Caribbean and Mexico is to savor some of their most distinct flavor and texture combinations.
From deep-fried dough to coconut tarts, spicy chocolate, and alcohol-infused coffee, here are six must-try desserts during your next trip abroad.

With Antonio Bachour at the helm of Palace Resorts’ pastry program, cuisine at these all-inclusive properties in Mexico and Jamaica includes a selection of artistically-driven gourmet desserts.

Highlights range from berry and cream cake and filled bonbons, to lemon tarts and a spin on s’mores with caramelized bananas. While desserts are in constant rotation, each of Bachour's desserts features brightly-colored ingredients, creams, and garnishes, creating more than just a well-tasting treat.


Churros, in which hand-held pieces of dough are deep-fried and smothered in sugar and cinnamon, are one of the most popular Mexican sweets. Marked by a golden and crisp outer shell with a moist center, the dessert is often served with creams and dips like dulce de leche or Nutella.

Acceptable during every meal, savor a basket of sweet dough during breakfast, lunch, or dinner in most Mexican restaurants and hotels, including Palace Resorts which offers five-star travel experiences in Mexico and Jamaica.


The gizzada is one of Jamaica’s most beloved desserts. Nicknamed “pinch-me-round,” the treat is filled with a spiced and sweetened coconut cream. Each serving is bounded by a pinched, Graham cracker-like shell and topped with baked coconut shavings. In addition to the gizzada, coconut is found in a variety of Jamaican desserts including candies, tarts, rolls, and breads.


Let's just say, this isn’t the kind of brownie you’d find in an American market. Spiked with ground chili pepper and dusted with cinnamon, opt for a scoop of dulce de leche ice cream on top. While you’re at it, ask for a cup of Mexican hot chocolate, which is made with cocoa, cinnamon, and chilies. These two rich and semi-bitter desserts know how to pack a punch. If you don't see a brownie on the menu, settle on a different item that incorporates Mexican chocolate instead.


As one of the most widespread desserts across Latin America, each region offers a distinct variation to the otherwise moist, sticky, and sweet cake. From a blend of vanilla bean, cinnamon, and lemon, to others flavored with mango, chocolate, and pumpkin, flan features a smooth and creamy texture with a noticeably rich taste.


Comparable to Irish coffee, Mayan coffee is traditionally made by blending an exotic liqueur called Xtabentún with a dark java brew. The uniquely Mexican liqueur is made from a specific honey which bees extract from xtabentún flowers in the Yucatan Peninsula. The liquid is then distilled with anise seed and rum, creating a sweet and spicy flavor that harmoniously blends with coffee. Luckily, Palace Resorts specializes in this after-dinner drink, which pairs deliciously with a traditional flan. 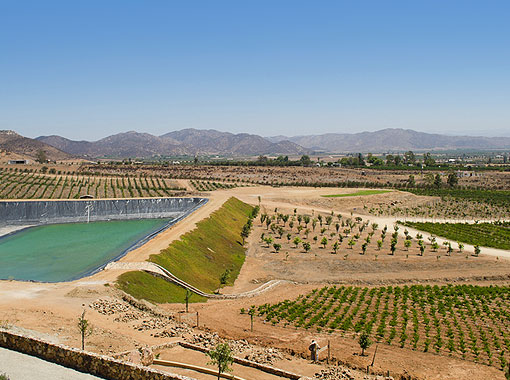